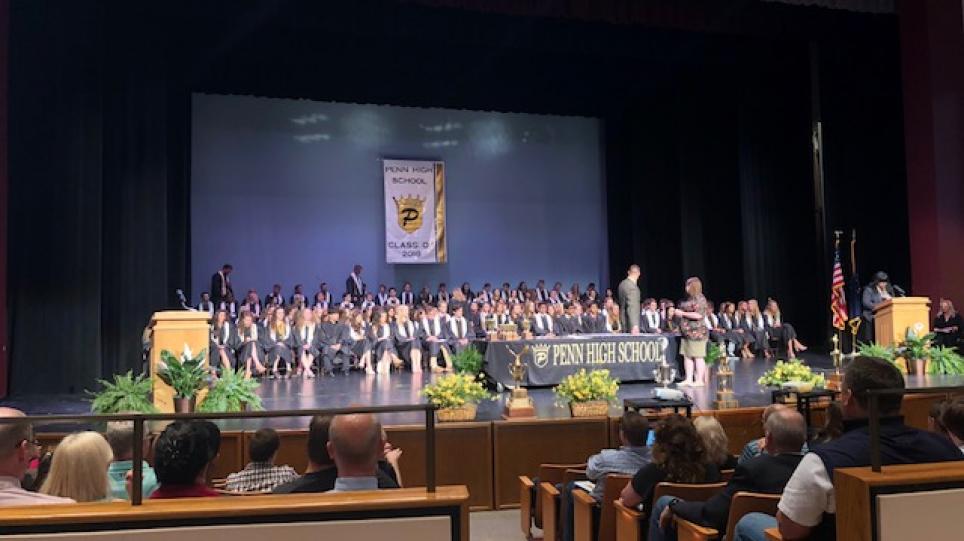 Penn High School will graduate 869 students on Friday, May 25, at Purcell Pavilion on the University of Notre Dame campus.

“It has truly been an honor and privilege for me to get to know the 2018 graduating class of Penn High School,” Penn Principal Sean Galiher said. “Their talents and skills are bountiful and I have had the privilege to witness their positive leadership and dedication to our school all year long. I wish this class the best with their futures and know each student will continue to represent their families and community with pride. Congratulations!” 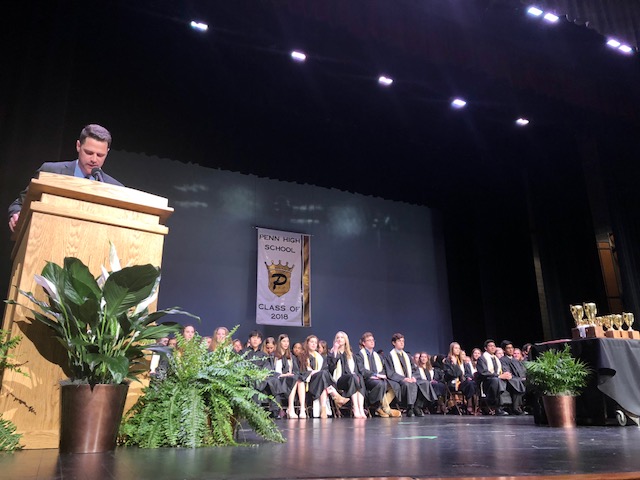 Lauren Frank and David Li earned Salutatorian status. The average GPA of the salutatorians is 4.3! Click to read more about this year’s Salutatorians.

Big awards announced for the night were Kendra Laidig as the surprise winner of both the Kingsmen of the Year and the Schmucker Awards.

James Morris was named the recipient of the Donna and Dr. Jerry Thacker Scholarship, which is based on character, service to Penn, and involvement in extracurricular activities.

Click here to read the full list of the Senior Awards and Commencement Recognitions of the graduating Class of 2018.

This year Penn Administration worked with Exceptional Education Academy faculty and administration to create three awards that would also recognize the achievements of Penn’s Exceptional Ed students. See the award winners listed below and then click here to read more.