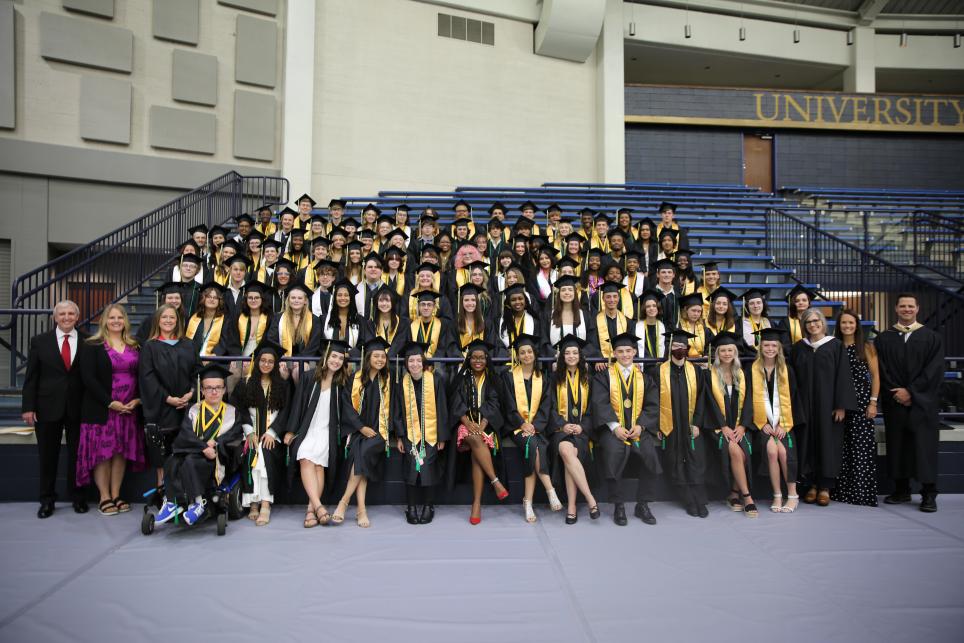 This year, Penn’s Early College Academy reached a Level 2 endorsement meaning they were able to achieve higher benchmarks, especially in the area of upward trends in the number of students completing credentials, teacher incentives for attaining higher education credentials, and closing the gap between the targeted student populations in Early College and the general school population. Penn is also serving as a Mentor School in the IDOE/CELL Urban College Acceleration Network (UCAN).

“Achieving CELL Early College Endorsement is no easy feat to accomplish. Penn’s Early College Academy is, indeed, exemplary in the way it engages students in rigorous college classes, targets underrepresented student populations, and supports them along the way,” said Sandy Hillman, Director of Early College at CELL. “Through the efforts of strong leaders, engaging teachers and counselors and a committed higher education partner, Penn’s program is transformational for students and parents.  We commend them for their accomplishment of endorsement “with distinction.”

“Our program is built on the model of P-H-M’s Triangle of Success, connecting students, teachers and parents,” said P-H-M Superintendent Dr. Jerry Thacker. “Since its inception, Early College was created to help students who might not otherwise attend college, get the wrap around supports they needed to succeed. I’m extremely proud of what Penn’s ECA has been able to achieve eight years.”

“The Early College Academy has helped hundreds of students get a head start on life and save families thousands of dollars in college tuition and fees by establishing a rigorous, yet supportive environment for the students to earn college credit while in high school,” said Penn Principal Sean Galiher.

"The level of commitment of Penn's Early College Academy teachers is second to none! In the classroom, they develop and implement engaging lessons that are relevant to learners,” said Penn Associate Principal Rachel Fry. “Support is provided through personalized interventions, dedicated counselors, additional tutoring, and experiences beyond the school walls. Students put in the work necessary to successfully navigate high school life and college-level challenges simultaneously. In addition to all of these efforts and accomplishments, having fun and building community remain a top priority. This is a family to which I am grateful to belong!"

"There is nothing like seeing students' dreams come alive and be fulfilled through this amazing program and the hard work of all involved in it!” said Early College Academy Leader Danielle Black.

“Even years later, families reach out to us with stories of perseverance and open doors which may not have been possible without Early College. I'll never forget the tears of gratitude from a grandma or proud college graduation pictures from parents, not to mention ongoing communication with the students themselves! What a joy to be part of the entire Early College experience."

CELL introduced the Early College High School model to Indiana in 2003 and developed the endorsement process in 2007. The Indiana Commission for Higher Education has authorized CELL as the state’s sole organization for training, supporting, and endorsing Early College High Schools. As of August of 2022, CELL has trained more than 150 Indiana high schools on the Early College principles.  Forty-four early colleges are endorsed, and one has been designated as endorsed “with distinction.”

Data released from the Indiana Commission for Higher Education in January 2021 shows students earning dual credit in high school are more likely to stay enrolled in college and graduate on time or early. These students saved roughly $82 million in potential tuition costs.

Teachers within the P-H-M School corporation come from all walks of life. While some come...