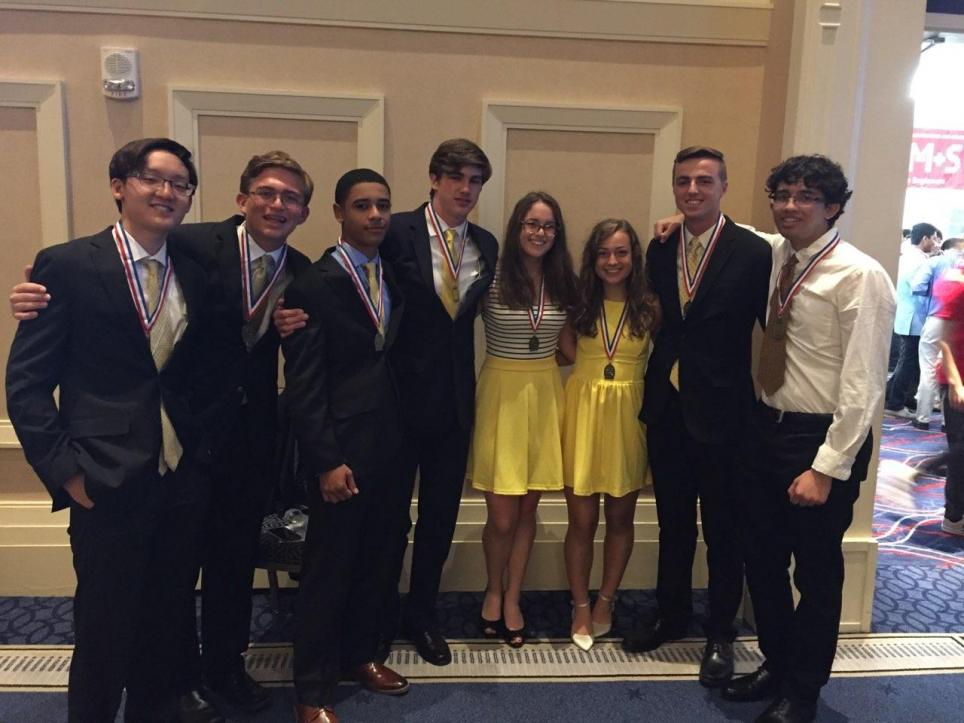 Penn's Team 1 placed fifth in the nation in design/build.

“Penn can be very proud of all 46 students that we sent to this national competition,” TEAMS advisor Becky Tagliaferri said. “This is one of the most rigorous engineering competitions in the nation.  It has been my pleasure to coach these amazing students.

“Penn can be proud that we have placed in the top 10 in at least one category every year since 2013 when this competition was reformulated under the umbrella of the Technology Student Association.”

Penn’s Team 1 faced a rigorous challenge in the design build competition.  The team was given 90 minutes to program an autonomous vehicle to navigate a course and avoid obstacles.

Penn’s Team 2 also faced a rigorous challenge in the digital media competition.  The team had to present a digital media product to promote autonomous vehicles in their hometown.  Here is the video link: https://youtu.be/cMfzGfgoHOc

Click here to register for eighth-grade summer PE.   Summer PE is both sessions ...