The valedictorians boast a GPA range of 4.4904 to 4.3846. In addition, three of the students – Sam Battalio, Annaliza Canda and Michelle Tapp – were named salutatorians.

Kacey Wood, who will attend Indiana University, was named the Kingsman of the Year, an award determined by the senior students. Wood, one of this year’s valedictorians, attended Discovery Middle School and Northpoint Elementary School.

Nathanael Boone, who will attend Dartmouth University, was named the winner of the Schmucker Award, which is based on a vote by the Penn High School faculty and staff. Boone was a defensive lineman and named Region All-Star Team in January. He attended Schmucker Middle School and Elsie Rogers Elementary School. 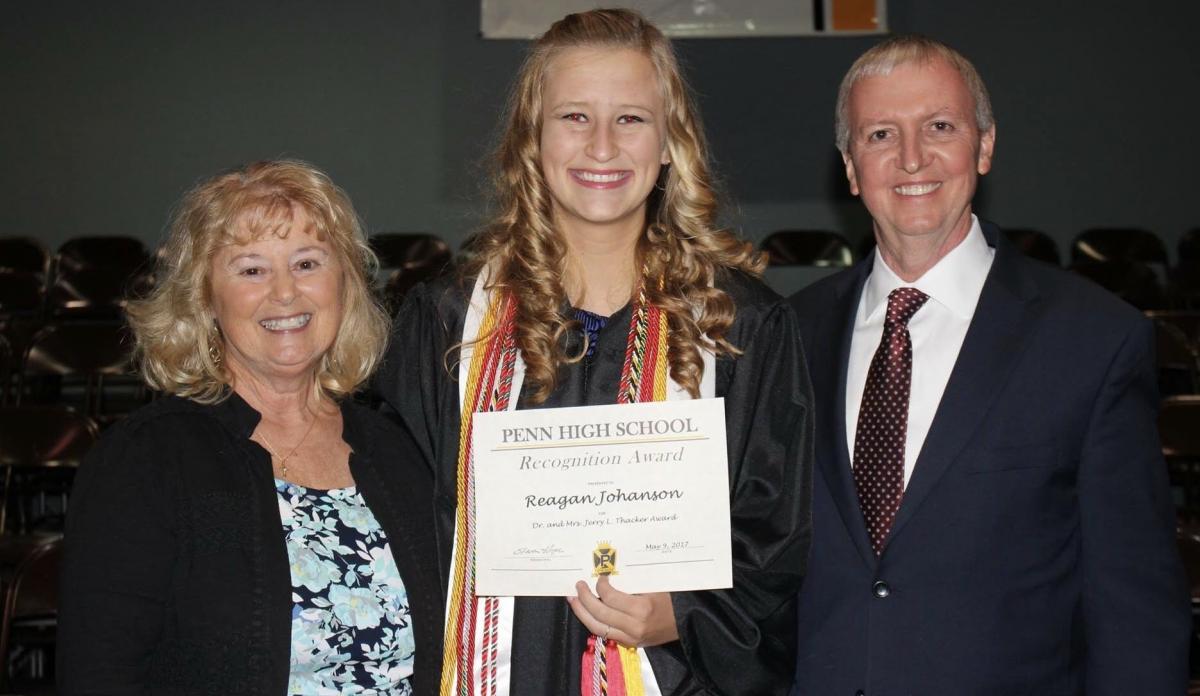